The New Testament letters can be difficult to follow, but the right tools can help us unpack their rich meaning. In this episode, Tim and Jon look at 1st century letter templates, Greco-Roman rhetoric, and argument tracing. Learn more in this week’s podcast episode.
0:00 / 0:00
Download

“One of the most helpful ways to study and get the main ideas of the whole of the letters is not just to follow the train of thought in the middle but actually pay close attention to the beginning and the end, and you’ll notice things that will set you up for success in reading the body.”

A Template for Ancient Letters

In part one (0:00–15:50), Tim and Jon continue their conversation on the literary context of the New Testament letters. In the previous episode, they unpacked how Paul likely wrote his letters in community and through multiple drafts with the help of a paid scribe.

In this episode, Tim and Jon talk about how to understand and unpack the literary structure of the letters. 1st century letters followed common convention: an opening address, a word of thanksgiving to the gods, the body of the letter, and the closing greetings, travel plans, and final greeting.

Jon references a table that breaks down these elements across Paul’s New Testament letters. These tables can be found beginning on page 38 of our How to Read the Bible: New Testament Letters Video Notes.

This format helps us to see when Paul purposefully deviates, such as when he confronts the Galatians. At the end of his letters, Paul often includes final exhortations, closing greetings, an autograph, and a benediction. Tim says these details and the beginning and end of the letters can give us important clues as to Paul’s direction and focus in the body of the letter.

In part two (15:50–37:30), Tim and Jon discuss how to unpack the body of Paul’s letters. Tim begins with a quote from Randolph Richards.

“Paul’s letters were inordinately long. The typical papyrus letter was one papyrus sheet. In the approximately 14,000 private letters preserved from Greco-Roman antiquity, the average length was about 87 words, ranging in length from 18 to 209 words. The letters or literary masters like Cicero or Seneca were considerably longer. Nonetheless, Paul stands apart from them all.”
–– Randolph Richards, Paul and First-Century Letter Writing, p. 163

To understand the letters, Tim shares that we have to learn to follow the flow of thought throughout the body of the letter. We also need to be cognizant of these Jewish authors who are using Greek and Roman rhetorical styles to create the flow of thought. Tim says Paul’s writing sometimes comes off as aggressive or overly assertive. Some of this could be attributed to his personality, but certainly it is influenced by his training in Greco-Roman rhetoric.

“Oratory and rhetoric are about the art of persuasion. At all times and places the ability to win others to one’s point of view has been esteemed, and in all spheres of life: business, politics, law, relationships. In the democratic societies of Greece and Rome, success in public life depended on eloquence… It was the hallmark of civilization and the characteristic of an educated person. And while some were gifted in finding the key to the audience’s heart, the majority were not, and so began the project of studying and codifying the arts of persuasion in Greco-Roman education.”
–– Jerome Murphy-O'Connor, Paul the Letter-Writer, p. 65-66.

Tim shares that in the ancient tradition, there were three main forms of rhetoric.

The bodies of the letters are stylized speeches that use persuasive rhetoric to communicate their points. He says this contrasts with his early experience of the letters as a theological handbook.

“Paul never put a pen to paper except when it was absolutely imperative. A letter for him always had a definite goal; he designed it to accomplish something. Lacking any mechanism to impose his will, he could not enforce. He was inescapably bound to persuasion… and in the ancient world, persuasion was a staple of the educated who were all trained in rhetoric.”
–– Jerome Murphy-O'Connor, Paul the Letter-Writer, p.67-69.

4 Steps to Reading the Body of New Testament Letters

In part three (37:30–55:45), Tim and Jon talk about four steps to understanding the body of New Testament letters.

1. Get a sense of the whole body and isolate the main paragraphs.

Even though Paul didn’t use paragraphs as we do today, he wrote his letters to be listened to, using transition words to break up his thoughts. Each paragraph in modern Bibles is a focused movement of thought, which usually opens with a hinge word or “logical connector.” These are words like “and,” “therefore,” “for this reason.”

Tim shares a helpful practice to internalize this by copying the text from an online Bible and pasting it without formatting and identifying the transitions yourself.

2. Pay special attention to the first paragraph, which is usually a summary of themes.

Tim says this is seen in three movements in the opening paragraph of Ephesians, each of which ends with “to the praise of God’s glorious grace.” The first and third movements are trinitarian, and the center paragraph becomes the focus of the rest of the letter.

Ephesians 1:9-10
He made known to us the open secret of his will according to his kind intention that he purposed in the Messiah. This was in accordance with his purpose that he pre-planned in the Messiah for the purpose of arranging the fulfillment of the times, to “head up” (or summarize) all things in the Messiah, things on heaven and things on earth.

Tim mentions an example he created from Romans 8, which can be accessed on page 50 of our New Testament Letters Study Notes.

Movements in a Symphony

In part four (55:45–63:40), Tim and Jon talk through how these steps help us to see the letters as unified works rather than a collection of theology lessons. Tim goes back to Ephesians, talking about how Paul mirrors and develops the theme of all things united under Jesus.

4. Go back to the logical connectors we first identified in the paragraphs and use them to trace the argument of the entire letter.

Following this process helps us to see paragraphs less as isolated incidents and more as movements within a symphony. This helps readers avoid taking theological points out of context.

Jon shares his experience and thoughts. He feels that theological words or difficult sentences will cause many readers to get stuck. Tim says concordances can help us identify the use of a word across the Bible. But understanding the overall structure also helps us to identify where Paul is in his argument at any point of the letter.

In part five (63:40–end), Tim adds that a next step would be to follow Old Testament citations. This helps us to learn and understand how Paul and the other New Testament writers used the Hebrew Scriptures. Additionally, practicing word studies with the help of a concordance can help us trace how a word is used and developed in the New Testament. These methods carry both a lot of work and a lot of potential for New Testament readers today. 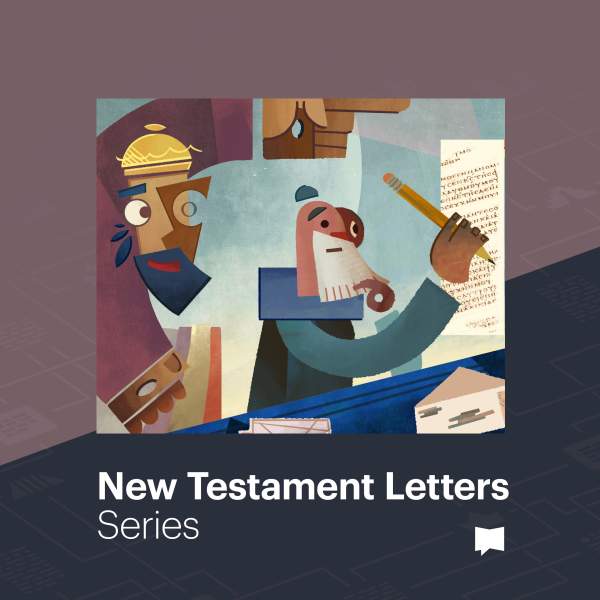