Are You Ready for an Apocalypse? 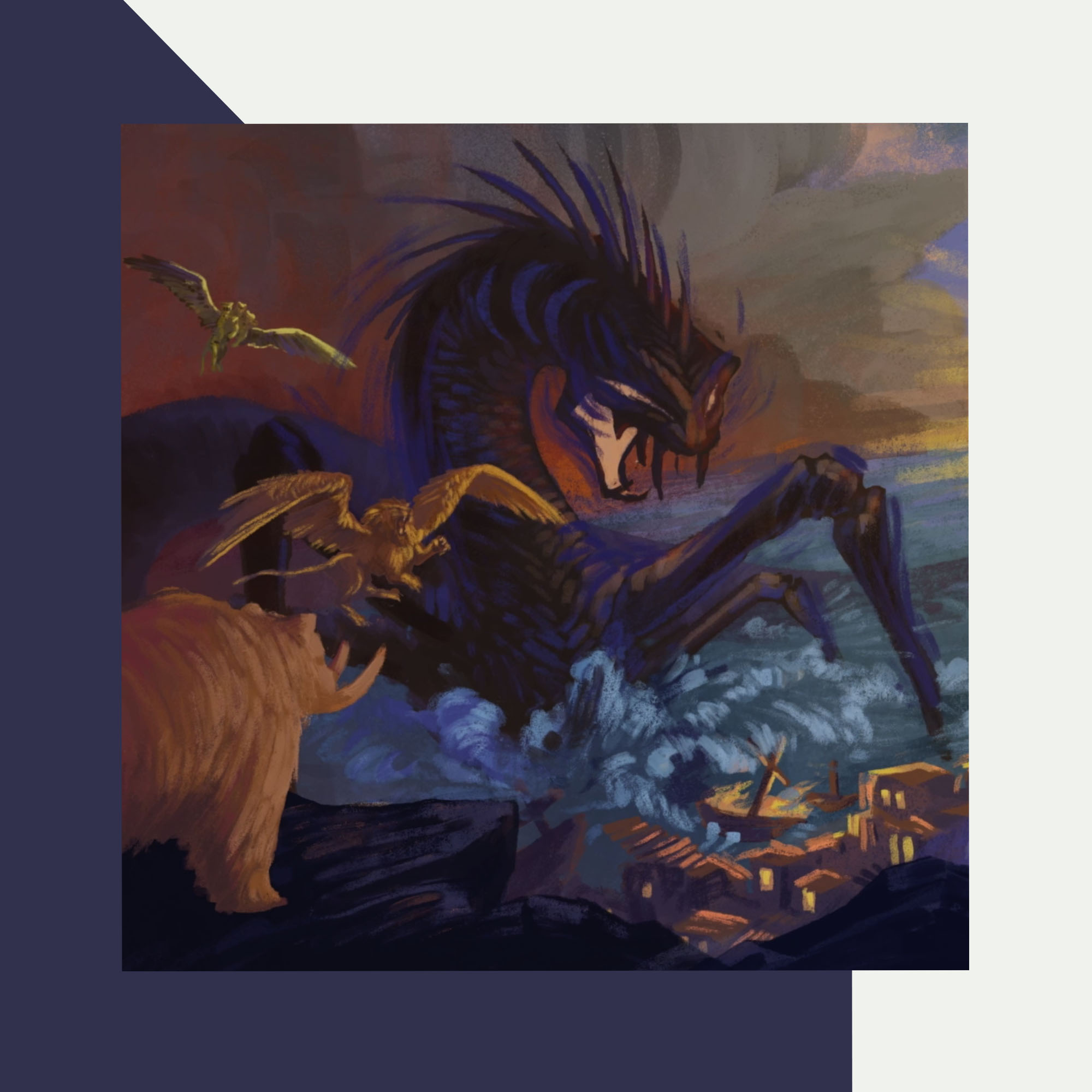 Are You Ready for an Apocalypse?

There’s an age-old saying, “the more things change, the more they stay the same.” Each day our lives settle into familiarity. We have our routines, we see the same people, we do the same tasks. We begin to see the world in well-worn patterns, ways of thought that seem so stable that we come to believe nothing can ever shake them.

The story of the Bible is meant to do just that –– to shake us from our view of the world like a dog shakes off water after a swim. But the Bible doesn’t just deconstruct the way we’ve always seen things; the Bible replaces our frail paradigms with a new robust one, one that comes from God’s perspective. When we let the Bible become our lens for how we view our reality, we become free of old, worn out paths, and everything begins to look different. We get divine clarity.

Or to use biblical language, we have an apocalypse.

An apocalypse? Isn’t an apocalypse the catastrophic end of the world?

Well, yes. In modern, western vernacular, that is what the word means. Just google “apocalyptic movies,” and you’ll find Godzilla, Zombieland, Terminator, and the like. In the popular imagination, an apocalypse is the dreaded unraveling of everything good.

But that is not what the word apocalypse means in the Bible. In the Bible, an apocalypse is what happens when someone is exposed to the transcendent reality of God’s perspective. An apocalypse is a confrontation with the divine so intense that it transforms how a person views everything.

An Apocalypse is Not an Ending – It’s a New Beginning

Take the story of Jacob. He cheated his brother, deceived his father, and ran for his life straight into his own personal exile. Jacob’s former way of life was over. Surely, this was the permanent unraveling of anything good for him and for his future. And right at this point, God “reveals” himself in a dream that transforms an ordinary place into a meeting place with God, so that Jacob can gain God’s perspective over his circumstances.

You can read the full story in Genesis 28:11-17. Jacob falls asleep on the ground and has a divine dream where he sees a stairway connecting heaven and earth with angels ascending and descending the staircase.

Above the stairway, God stands and speaks to Jacob and promises to bless him and his descendants, to give them the land he had promised to Abraham and Isaac, and to multiply his descendants and expand his family. God even gives Jacob the promise of his continued presence and protection.

When Jacob wakes up, he sees everything differently, even his physical environment. “‘Surely the Lord is in this place, and I was not aware of it.’ He was afraid and said, ‘How awesome is this place! This is none other than the house of God; this is the gate of heaven’” (Genesis 28:16-17).

The Bible is Full of Apocalypses

The apostle Paul writes about having an apocalypse in his letter to the Galatians.

Galatians 1:11-12 I want you to know, brothers and sisters, that the gospel I preached is not of human origin. I did not receive it from any human, nor was I taught it; rather, I received it by apocalypse from Jesus Christ.

He is referring to a sudden and powerful encounter he had while traveling. Paul was on his way to Damascus with the intention of trying to stop the Jesus movement from spreading. (This story is recorded in Acts 9:1-9). On the road, he was stopped when “a light from heaven flashed around him.” There in that moment, the voice of Jesus announced to him who he was. Saul tried opening his eyes but found he was blind. The blindness persisted for three days. That encounter with Jesus turned Paul inside out. His view of his entire life was shaken up. It changed the way he saw everything, and consequently, he began living in a whole new way as a follower and apostle of Jesus.

The God of the universe wants humanity to see the world the way he sees it and rely on his wisdom. And because of that, characters in the Bible are constantly having apocalypses.

In Genesis 2, Adam was woken up to the fact that it wasn’t good for him to be alone, and then God literally woke him up from sleep to encounter his wife, Eve.

In Genesis 12, 15, 17, and 22, God appeared to Abraham with promises to bless him, multiply his descendants, and bless others through him, transforming Abraham’s fear and uncertainty into confidence in God’s faithfulness.

In Genesis 20, Abimelech discovered he had made a big mistake in taking Abraham’s wife, Sarah, when God appeared to him and told him so.

In Genesis 28, Jacob experienced the glory of heaven and learned that God was for him, and he didn’t have to take matters into his own hands to secure his future.

In Exodus 3:19-31, and Deuteronomy 32-33, Moses encountered God on Mount Horeb and Mount Sinai and received instructions for his own life and role as a leader for the entire nation of Israel.

In 1 Samuel 3, Samuel heard from God in Shiloh, as God appointed him as a judge and prophet over his people and revealed future events to him.

In 2 Samuel 7, David received a reorientation of his thinking when God spoke to him in Jerusalem, telling him that it was not for him to build a house for the Lord but that the Lord himself would build a “house” for David and his family.

In 1 Kings 3, Solomon heard from the Lord in a dream while at Gibeah. God promised to bless Solomon with wisdom and wealth beyond any other ruler.

In 1 Kings 22, Micaiah told the kings of Israel and Judah about a vision God gave him, foretelling their defeat in battle and the death of Israel’s king.

In Isaiah 6, Isaiah experienced a vision of God on his heavenly throne, and God gave him a message to tell his people in Israel.

In Jeremiah, Jeremiah also received a vision of God’s presence, as God appointed him a prophet to the people of Judah.

In Ezekiel 1, 8-11, and 40-48, Ezekiel had a series of visions about God’s holiness and glory and prophetic words for God’s people in exile in Babylon.

In Amos 8-9, Amos saw a vision of ripe fruit and then saw God himself as part of a message God gave him for the nation of Israel.

In Zechariah 1-6, Zechariah received multiple dreams and visions from God for post-exilic Judah, containing the call for God’s people to return to him in obedience, as well as insight into coming events for the nation of Judah.

In Daniel 1-7, Daniel received interpretations of King Nebuchadnezzar’s dreams and his own dreams pertaining to the future of Babylon and God’s exiled people.

In Acts 9, Paul encountered the risen Jesus on the road to Damascus, was struck blind for three days, and began living as an apostle of Jesus instead of as a persecutor of the Christian church.

In The Revelation, John the visionary experienced an apocalypse first revealed by God to Jesus. It was then communicated to John for the Church to anticipate the second coming of Jesus and the day he will make all things new.

In each of these stories, God reveals himself in such a way that the observer is overtaken by a divine vantage point on their life or human history. These moments almost always involve altered states of consciousness (dreams, visions) as a result of ascetic practices (fasting, meditating, prayer, isolation). In these moments of heightened awareness, the person comes to realize that their current situation or environment is actually permeated with divine presence and power. In an apocalyptic moment, heaven joins earth in the mind and heart of the visionary, and they are able to see reality in a way that others cannot.

Just like dreams can be confusing when we reflect back on them after waking up, reading apocalyptic literature can also be difficult, as it’s filled with strange images, poetic language, and symbolism. The key to understanding biblical apocalyptic literature is to look at the literary design that’s introduced in the book of Genesis and developed throughout the rest of Scripture. As you explore the apocalyptic passages of the Bible, keep the rest of the divine narrative in mind and watch for those design patterns. Context will help you make sense of these potentially confusing passages.

Ok, So Now Are You Ready for an Apocalypse?

Read these stories and let them soak into your bones. And as you do, ask yourself, “Am I ready for an apocalypse?” An apocalypse will feel uncomfortable and strange. It could lead to the death of things –– the laying down of perspectives, dreams, or habits you’ve held onto for a long time. But ultimately, God’s apocalyptic goal is to reorient our lives to what truly matters. God wants humans to live abundant lives full of his wisdom and to rule an ordered world with him. That means an apocalypse is never a bad thing for any of us. An apocalypse is always something God does in our lives to produce good and beautiful results, bringing glory to his name and ultimate good to his people.

As weird as it might sound, an apocalypse is something God’s people should want because God’s people desire to see the world the way God sees it. And really, anything that disrupts daily life has the potential to shake up our way of seeing the world. It can cause us to evaluate how we’re living (or not living) according to the ethics of the Kingdom of Jesus.

An apocalypse, whether in the biblical narrative or in our own lives, is often painful but necessary for perspective. Daniel’s apocalypse made him sick with grief. Isaiah and John were knocked flat by their encounters with the divine. You can’t unsee what you’ve seen in apocalyptic moments, nor should you. None of us should look back on an apocalypse and see that nothing has shifted in our lives.

This is what we all hope for, and to orient ourselves to it now, we need God’s apocalypse in our lives.

Back to All Blog Posts
Next
Philippians: Study the Letter With Us
How can I help you?
Hi I’m Support Bot! You can ask me questions like:
Where should I start?
How can I track my video progress?
Do you offer subtitles for your videos?
Support Bot Said,
For advanced bible reading tools:
Login  or  Join