The opening pages of the Bible show us God’s good plan to rule with humanity as his image in heaven and on earth. Later characters in the story experience apocalyptic moments where they glimpse this ideal world and gain perspective to bring comfort and challenge to the world. Listen in as Tim and Jon discuss how this all points us to Jesus.
0:00 / 0:00
Download

All of these apocalyptic moments—they happened to Abraham, Jacob, Moses, David, all of these prophets: Isaiah, Ezekiel, Jeremiah––they are all moments when somebody, a human, out in the realm of mortality, gets transported in altered states of consciousness back into Eden. And who do they see there? They see a human figure, often seated on a throne…. This character is sometimes called the angel of Yahweh. This human figure is sometimes called Yahweh or the son of Adam, who is in the realm of suffering and death but is exalted up to the throne.

In part one (0:00–14:15), Tim and Jon continue the discussion on how to read apocalyptic literature.

In the Bible, an apocalypse refers to a moment when God gives someone a dream or vision to see the world as it really is. Apocalyptic literature has two main functions, to both comfort and challenge people.

Tim shares that we need to remember two main things about apocalyptic literature.

In this episode, Tim and Jon talk about the biblical cosmos as presented in the opening chapter of Genesis, the overlap of heaven and earth, and the role of humans as the image of God. Understanding this gives a common thread for understanding apocalyptic literature that leads us to Jesus.

In part two (14:15–32:10), Tim and Jon talk about how understanding ancient cosmology helps us to understand and appreciate apocalyptic moments. The opening seven-day narrative of creation outlines three realms: the realm of light breaking in on the unordered darkness, the realm of the waters split into layers above and below, and the realm of dry land emerging from the seas.

Tim unpacks this further as he and Jon discuss several passages of Scripture below.

Tim says that part of the reason apocalyptic literature is difficult to interpret is because this background knowledge is often assumed of the reader. Tim and Jon then dive deep in Psalm 33 and talk about how it points us back to Genesis 1 and highlights God’s rule over the earth.

Psalm 33:4–9
For the word of the Lord is upright,
And all his work is done in faithfulness.
He loves righteousness and justice;
The land is full of the loyal love of the Lord.
By the word of the Lord the heavens were made,
And by the breath of his mouth all their host.
He gathers the waters of the sea together as a heap;
He lays up the deeps in storehouses.
Let all the earth fear the Lord;
Let all the inhabitants of the world stand in awe of him.
For he spoke, and it was done;
He commanded, and it stood fast.

These words are a reflection on Genesis 1, highlighting how God ordered the world by his breath. The order and stability we experience tells a story about the loyal love of God. Genesis 1 isn’t just about the moment creation first happened; it’s about the ongoing stability that God provides to all of creation.

If this first section reflects on God’s sustaining order over creation, the second section shows us God’s order over human kingdoms.

Psalm 33:10-15
The Lord nullifies the counsel of the nations;
He frustrates the plans of the peoples.
The counsel of the Lord stands forever,
The plans of his heart from generation to generation.
Blessed is the nation whose God is the Lord,
The people whom he has chosen for his own inheritance.
The Lord looks from heaven;
He sees all the sons of men;
From his dwelling place
He looks out on all the inhabitants of the earth,
He who fashions the hearts of them all,
He who understands all their works.

God sees the plans and intentions of every heart. Tim reflects that when we try to create our own Eden at the expense of others, God loves to frustrate our plans. People make their own plans, but God makes his own plans. The biblical imagination sees a world where God orders the events of the world, even human kingdoms. This is both a source of comfort and challenge, and when biblical characters have an apocalypse, they are seeing this reality.

The Apocalyptic Image of God

In part three (32:10–40:00), Tim and Jon talk about how the image of God ties into apocalyptic literature. The image of God is not something humans have; it’s something we are. As God’s image, humans are called to rule with God and represent the presence of God on earth.

Genesis 2 shows how the image of God was meant to live in God’s holy temple. The imagery of Eden ties in to the later design of priests in the temple with God (see our video Temple for more on this). Tim shares an insight from scholar Crispin Fletcher-Louis.

"To appreciate the full force of this image-of-God-in-humanity theology, we must have in mind the role of idols in ancient Near Eastern religion… where an idol is set up to be the real presence of the god. Because the god is really believed to inhabit the image, the image is the god, and its proper care and veneration guarantees the god’s benefits and protection for the worshipping community…. With this understanding of divine images assumed, [Genesis 1] has a sharply focused theological anthropology: humanity is to be the eyes, ears, mouth, being, and action of the creator God within his creation…. This point gives the biblical prohibition of idolatry its strongest possible rationale: for humans to make an idol is foolish because it fails to appreciate that according to the original order of creation, it is humanity that functions in relation to God as do the idols in relation to their gods." –– Crispin Fletcher-Louis, “God’s Image, His Cosmic Temple, and the High Priest,” Heaven on Earth: The Temple in Biblical Theology, pp. 83-84.

Tim shares that as the image of God, humans are an apocalypse; we are called to reveal who God is, to act as a bridge between heaven and earth.

Encountering the Image in the Heavenly Temple

In part four (40:00–end), Tim and Jon bring these ideas together to point to Jesus.

In Exodus, Moses became a glimpse of humanity as the realized image of God. He encountered God on the mountain and then veiled his face to hide the glory that had transformed him. This idea of the ideal image of God paves the way for understanding the incarnation of Jesus as the perfect image of God.

Genesis 1 shows us this ideal picture—humanity as the image of God, ruling and representing God in the place where heaven and earth are one. This is the ideal that humanity forfeited when we chose autonomy and exile. But when the biblical authors experience apocalypses, they see a human figure in the heavenly Eden who is called Yahweh or the Son of Man.

These moments of revelation show them the world as it really is, so that they can speak words of challenge and comfort on earth. In this way, apocalyptic literature has a prophetic function. Apocalyptic literature is a way of seeing the world from a heavenly perspective. Tim shares a quote from Richard Bauckham that highlights this similarity.

“John’s work is a prophetic apocalypse in that it communicates a disclosure of a transcendent perspective on this world. It is prophetic in the way it addresses a concrete historical situation, that of Christians in the Roman province of Asia towards the end of the first century AD. And it brings to its readers a prophetic word of God, enabling them to discern the divine purpose in their situation and to respond appropriately… But John’s work is also apocalyptic, because it offers prophetic insight into God’s purpose by disclosing the content of a vision in which John is taken out of this world, so to speak, in order to see it differently. Here John’s work belongs to the apocalyptic tradition, in which a seer is taken in a vision into God’s throne-room in heaven to learn the secrets of the divine purpose...and to see this world from a heavenly perspective. John is given a glimpse behind the scenes of history, to see what’s really going on in the events of his time and place. He is also transported in vision into the final future of the world, so that he can see the present from the perspective of its final outcome… The effect of John’s visions, one might say, is to expand his reader’s world, both spatially (into heaven) and temporally (into the future). Or, to put it another way, he is opening their world to divine transcendence.” –– Richard Bauckham, The Theology of the Book of Revelation, pp. 6-7.

The final step of the process is to get practical. How do you go about making sense of these dreams and visions? That’s what our next episode will address. 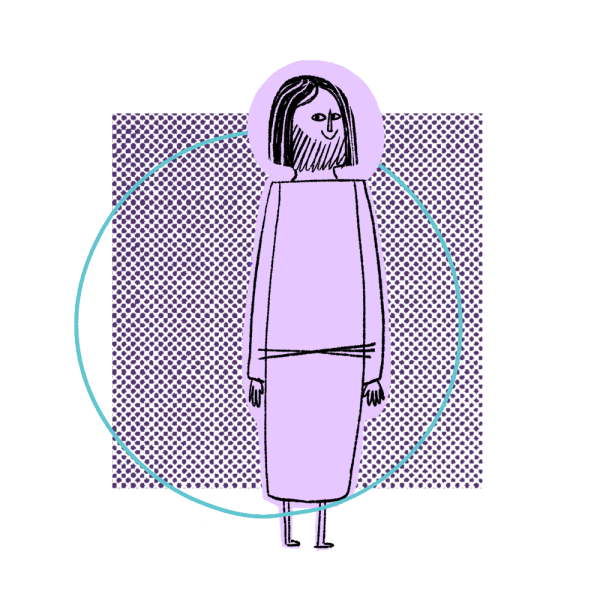 Heaven & Earth Series
5 Episodes •  Follow discussions between Tim & Jon as they prepare to write the theme video on "Heaven & Earth."
Heaven & Earth Series Episode 1
What is the Old Testament referring to as "Heaven"?
How does the Bible talk about where God lives? Tim and Jon walk through the biblical themes of Heaven and Earth in a three part conversation.
Heaven & Earth Series Episode 2
Theme: Heaven & Earth P2 - When Heaven Meets Earth
In this episode we discuss why God's space and our space was torn apart, Cherubim, the prophetic hope for New Creation and how Jesus saw himself as a new temple.
Heaven & Earth Series Episode 3
Jesus, The Ultimate Heaven & Earth Meeting Place
How Jesus followers saw themselves as a manifestation of God's presence on earth. How to seek God's Kingdom here on earth. And what happens when I die?
View Entire Series
0:00 / 0:00
Download
Books
Recommended Reading
Academic
The Theology of the Book of Revelation
Richard Bauckham
As an Amazon Associate, if you use the link above, we receive a small percentage from qualifying purchases.
Previous The Jewish Apocalyptic Imagination Apocalyptic Literature Next Five Strategies for Reading Revelation Apocalyptic Literature
How can I help you?
Hi I’m Support Bot! You can ask me questions like:
Where should I start?
How can I track my video progress?
Do you offer subtitles for your videos?
Support Bot Said,
For advanced bible reading tools:
Login  or  Join