The Bible is filled with key moments that hinge on dreams. How did people in the Bible understand these moments, and what can we learn from them? In this episode, Tim and Jon have a fascinating conversation about the nature of apocalyptic dreams and visions in the Bible.
0:00 / 0:00
Download

In the biblical imagination, dreams or altered states of consciousness are an in-between heaven and earth space. It’s where you are able to truly encounter reality as it is, aside from all of the conscious ways that we suppress reality and rewrite reality…. A disarmed human mind can see reality for what it really is.

A Window into Reality

In part one (0:00–18:30), Tim and Jon continue their conversation on how to read apocalyptic literature. They begin by talking about dreams. In a modern Western mindset, we often interpret dreams as windows into our subconscious. But for most of human history, people saw dreams as a window to see a true picture of the world.

Tim shares that apocalyptic literature in the Bible, generated out of people’s dreams and visions, shares this wider cultural assumption. Dreams were seen as a source of authority in the ancient world. The Bible has many key moments that hinge on dreams that claim to give an accurate picture into the nature of the universe.

Tim presents the two challenges this series aims to address: defining the word “apocalypse” from the Bible and understanding how this literature fits into the storyline of the Bible.

The dictionary defines apocalypse as, “the complete and final destruction of the world as described in the biblical book of Revelation” and “an event involving destruction or damage on an awesome or catastrophic scale.”

Apocalypse in the Hebrew Scriptures

In the Bible, the word apocalypse means “to uncover or reveal.” Tim shares a few examples of the Hebrew word for apocalypse in the Bible, galah (גלה). This word is often used in the prophetic books to talk about going into exile. It can also describe a city vulnerable to destruction, but that full meaning comes from the context.

Genesis 9:20-21
Then Noah began farming and planted a vineyard. He drank of the wine and became drunk, and uncovered himself inside his tent.

Isaiah 5:13
Therefore my people go into exile for their lack of knowledge;
And their honorable men are famished,
And their multitude is parched with thirst.

In part four (33:45–48:30), Tim and Jon talk more about the story of Jacob’s dream in the book of Genesis 28. Jacob dreams and sees a vision of angels going up and down from heaven. Later, Jacob refers back to his dream and calls it an apocalypse.

Genesis 28:16-17
Then Jacob awoke from his sleep and said, “Surely the Lord is in this place, and I did not know it.” He was afraid and said, “How awesome is this place! This is none other than the house of God, and this is the gate of heaven.”

Genesis 35:7
He built an altar there, and called the place El-bethel, because there God had revealed himself to him when he fled from his brother.

These passages show what an apocalypse means in the Bible—an uncovering or revealing of things as they really are. A biblical apocalypse is a moment when someone wakes up to the overlapping reality of heaven and earth.

Tim and Jon share examples of times when we can have wrong perceptions of reality, including simple things like optical illusions and complex things like relationships with others. In either case, what we perceive to be reality isn’t always accurate. And dreams—both in the Bible and in our lived experience—often reveal what our conscious minds have covered up.

The Dual Nature of Apocalypse

In part five (48:30–end), Tim and Jon conclude the episode by talking about the dual nature of an apocalypse. The book of Revelation was written to two church communities, some of whom were poor and persecuted and others who were affluent and apathetic. To the poor, John’s apocalypse was a promise of restoration, and to the affluent, it was a warning to not treasure things that were passing away.

Tim summarizes, “Biblical apocalypses comfort and they challenge; they warn and they bring assurance of God’s love. But it’s the same thing happening underneath all of apocalyptic [literature] in general. It’s uncovering the true nature of reality, which tells the truth about myself and then tells the truth about who’s really in charge around here and what’s really going on if you could peel back the curtain.” 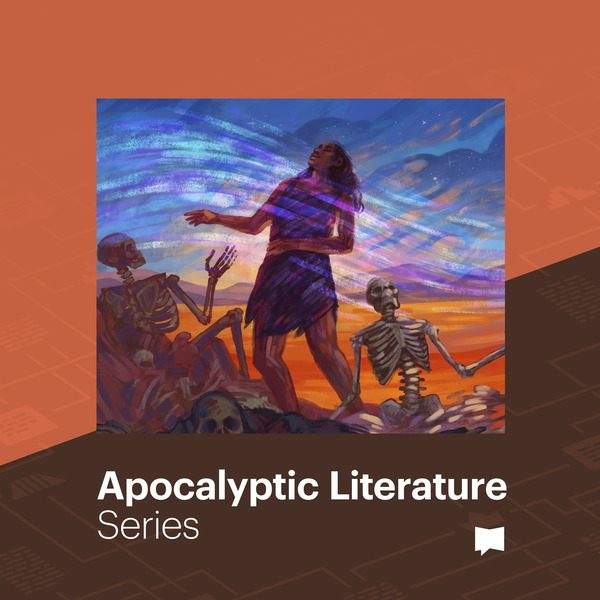