Hebrews: The Quest for Final Rest

Has the ultimate seventh-day rest already happened? Learn what the book of Hebrews has to say about this question, and discover why there were seven stories of rebellion when the Israelites wandered in the wilderness.
0:00 / 0:00
Download

"The design of the wilderness narratives in the Torah are trying to tell us that the arrival in the promised land is an image of the future seventh day rest that is beyond.”

Welcome to our final episode in our series on the theme of Sabbath and seventh day rest!

In part 1 (0-21:10), Tim and Jon recap their previous conversations. Tim shares a resource called “From Sabbath to Lord’s Day” by D.A. Carson, a collection of essays examining the evolution and relationship of historical Jewish Sabbath celebrations and the celebration of Sunday as “the Lord’s Day.”

"Therefore, holy brothers and sisters, who share in the heavenly calling, fix your thoughts on Jesus, whom we acknowledge as our apostle and high priest. He was faithful to the one who appointed him, just as Moses was faithful in all God’s house. Jesus has been found worthy of greater honor than Moses, just as the builder of a house has greater honor than the house itself. For every house is built by someone, but God is the builder of everything. “Moses was faithful as a servant in all God’s house,” bearing witness to what would be spoken by God in the future. But Christ is faithful as the Son over God’s house. And we are his house, if indeed we hold firmly to our confidence and the hope in which we glory.

“So, as the Holy Spirit says:

“‘Today, if you hear his voice,

do not harden your hearts

as you did in the rebellion,

during the time of testing in the wilderness,

where your ancestors tested and tried me,

though for forty years they saw what I did.

That is why I was angry with that generation;

I said, “Their hearts are always going astray,

and they have not known my ways.”

So I declared on oath in my anger,

“They shall never enter my rest.”’

“See to it, brothers and sisters, that none of you has a sinful, unbelieving heart that turns away from the living God. But encourage one another daily, as long as it is called ‘today,’ so that none of you may be hardened by sin’s deceitfulness. We have come to share in Christ, if indeed we hold our original conviction firmly to the very end. As has just been said:

“‘Today, if you hear his voice,

do not harden your hearts

as you did in the rebellion.’

“Who were they who heard and rebelled? Were they not all those Moses led out of Egypt? And with whom was he angry for forty years? Was it not with those who sinned, whose bodies perished in the wilderness? And to whom did God swear that they would never enter his rest if not to those who disobeyed? So we see that they were not able to enter, because of their unbelief.”

Tim notes that in verse 7, the writer begins to quote from Psalm 95. Earlier in Psalm 95, Yahweh is referred to as “the rock of rescue.” This name originally comes from a story in Exodus 17.

“The Lord answered Moses, ‘Go out in front of the people. Take with you some of the elders of Israel and take in your hand the staff with which you struck the Nile, and go. I will stand there before you by the rock at Horeb. Strike the rock, and water will come out of it for the people to drink.’ So Moses did this in the sight of the elders of Israel. And he called the place Massah and Meribah because the Israelites quarreled and because they tested the Lord saying, ‘Is the Lord among us or not?’”

In Israel’s wilderness journey, there are seven stories of rebellion. Israel chose to doubt God and rebel against Moses seven times. These seven stories exclude them from being able to enter the promised land. Instead, that generation dies in the wilderness.

In part 3 (33:00-40:30), Tim notes that the author of Hebrews then reads the wilderness narratives as a story that still applies to all people today. People can still miss out on the promised land of God’s rest if they harden their hearts and do not listen to Jesus.

God’s rest is something that Christ inaugurated, but it has yet to be completely fulfilled and will be fulfilled in the future.

In part 4 (40:30-end), Tim mentions that Hebrews seems to be written as an oratory speech or a written sermon. Jon says that he feels an urge to have some sort of practice or Sabbath ritual that he can rely on to create a rhythm in his life.

Tim mentions that perhaps the most helpful part of a Sabbath rhythm is that it should be a constant reminder that our time does not belong to us, but is a gift from God.

Powered and Distributed by SimpleCast. 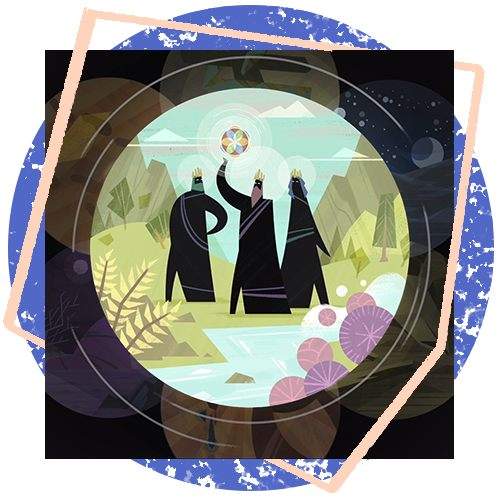