What happens when Israel forgets their God? The book of Judges shows Israel's tragic downward spiral. It’s a sobering examination of the human condition that highlights the need for a deliverer.

After the death of Joshua, the people of Israel begin a downward spiral. Israel begins to adopt the corrupt practices of the Canaanites they failed to drive out of the land. This leads to a repeated cycle of sin, oppression, repentance, deliverance, and peace, which only eventually leads back into sin.

The book of Judges highlights six judges during this time and shows their increasing corruption. These judges start off fairly well (Othniel, Ehud, Deborah) but become increasingly worse (Gideon, Jephthah, Samson). The book ends with two very disturbing stories that show how incredibly lawless the people have become. The central verse that summarizes this says, "In those days Israel had no king, and everyone did what was right in their own eyes."

Failure to Drive Out
The book of Judges begins by telling us that Israel hasn’t completely driven the Canaanites out from the land. Instead, Israel follows their corruption and child sacrifice, becoming just as bad or worse.
A Destructive Cycle
Israel sins against God, leading to oppression by their enemies. When Israel repents, God raises up a judge to deliver them. Peace reigns in the land, until Israel becomes complacent and begins the cycle over again.
The Character of Judges
The book highlights six judges. In the story of the last three judges, their corruption is seen with increased clarity as Gideon forgets God, Jephthah doesn’t know God’s character, and Samson lives completely contrary to God’s law.
Total Corruption
The book ends with a private army raiding a temple and then burning a city to the ground. In other words, there was no governing structure, and people did as they pleased. This becomes disturbingly clear in the last chapters.
The Need for a King
The only thread of hope left is the line, "In those days Israel had no king…" The only hope for Israel is a king who could unite the people and bring them out of their cycle of corruption. 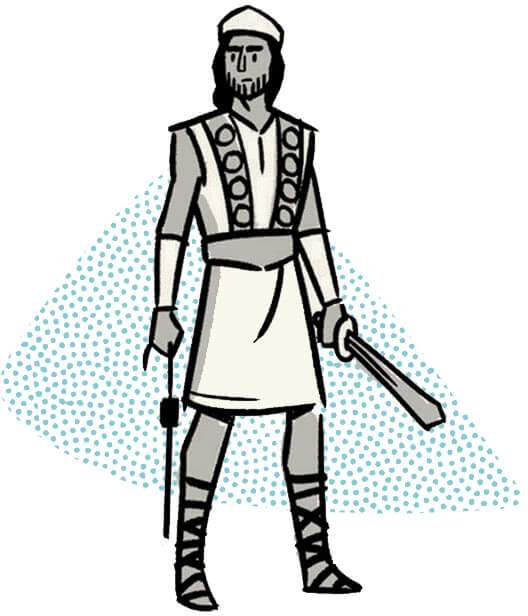 1 Samuel
As part 1 of the whole book, the book of 1 Samuel unfolds a unique drama in which one follows the hopes, humility, and pride of its key characters.

Tim Mackie What happens when Israel turns stops being faithful to the God who rescued them from slavery in Egypt? Read on to find out. Warning: it’s very disturbing.... Keep Reading
Downloads
Related Downloads
Old Testament Overview Judges Overview Poster
Books
Recommended Reading
Popular
Judges and Ruth: God in Chaos
Barry G. Webb
Academic
Judges and Ruth: An Exegetical and Theological Exposition of Holy Scripture (The New American Commentary)
Daniel I. Block
As an Amazon Associate, if you use the link above, we receive a small percentage from qualifying purchases.
How can I help you?
Hi I’m Support Bot! You can ask me questions like:
Where should I start?
How can I track my video progress?
Do you offer subtitles for your videos?
Support Bot Said,
For advanced bible reading tools:
Login  or  Join