Prophets
Poetry,
Prophetic,
Vision
Among the exiles in Babylon, Ezekiel shows that Israel deserved this judgment, and also that God’s justice creates hope for the future.

The Book of Ezekiel can seem vague and confusing for some readers, but with careful observation it contains key details God wants us to know about. Many of the divine visions that Ezekiel shares are relevant to God's plans for reconstructing the present world and restoring His people to our former days in the Garden of Eden.

God exiles himself with Israel

Through Ezekiel, we learn that spiritual things are just as important as the physical, and even more important regarding the physical's temporary circumstances. We also get a glimpse of God's glory manifested with His presence when riding a heavenly chariot.

God's presence being revealed to Ezekiel in Babylon also demonstrates that holiness has nothing to do with geographical location, but rather the condition of people's hearts. God is moved by the faithfulness of men like Ezekiel, who became His priest not because of status but because of his faith in God in a dark land, no matter the circumstances. His example is a model for believers everywhere.

The Lord's Chariot
God's glory appears in Babylon, appointing Ezekiel, a Jewish exile, as His prophet on Ezekiel's thirtieth birthday. Ezekiel's divine journey as God's messenger begins.
Signs and Judgment
God instructs Ezekiel to perform sign acts -- reenactments and demonstrations of Israel's coming judgment -- among the Jewish people. No one listens to them.
Jerusalem Falls
Finally, God's judgment against rebellious Israel has come to pass, and Ezekiel is told that Jerusalem has fallen to Babylon. Ezekiel continues to prophesy.
The Dry Bones
God transports Ezekiel to a valley filled will bones of fallen Israelites. Can these bones live? Yes, according to God's living Word. New hearts are prophesied.
New Garden Temple
An angel shows Ezekiel a new temple, new earth, and renewed creation. God has not forgotten His people, and will make all things new again. 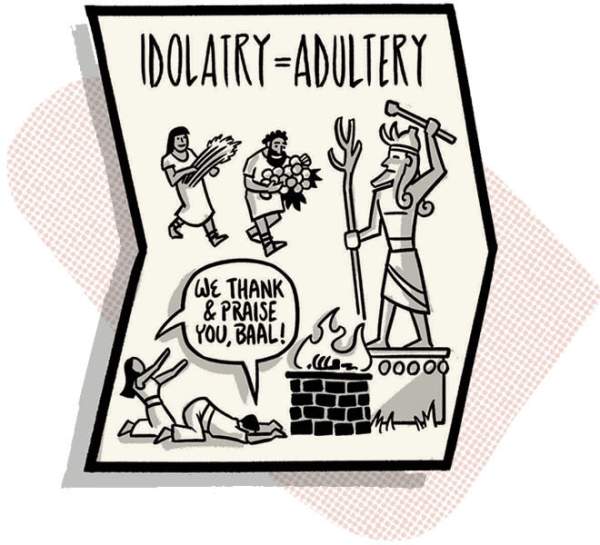 Hosea
North Israel's wrongs threaten their Covenant with God, but God's love pulls through in the Book of Hosea. He sends Hosea to warn them of their sins and to repent.

Tim Mackie & Aeron Sullivan Genesis 1 has become one of the most controversial Biblical passages. Is it meant to be a divine science lesson? Or is there another way to understand this ancient text?... Keep Reading