Prophets
Poetry,
Prophetic
Amos accuses Israel of breaking their covenant with God and highlights how their idolatry has led to injustice and the neglect of the poor.

The book of Amos is an intriguing prophetic book written by Amos, a shepherd and fig tree farmer dwelling in southern Judah. He is called by God to go to Bethel and announce warnings of judgment to the northern kingdom of Israel.

At the time of Amos' prophecies, northern Israel was enjoying their military success, but they were spiritually bankrupt. Worshiping local pagan gods had twisted their moral perceptions, and they became infamous for cheating, stealing, and selling their poor into slavery in foreign lands.

God is grieved by the evils he sees from Israel, but because of his mercy, he gives them a chance to repent. Amos is tasked with warning the Israelites of their coming judgment and urging them to turn back to God. In the book of Amos we see that loving others and righteous living is more important to God than religious sacrifice. Despite everything Israel has done, God still desires to renew the hearts of his people through the coming Messiah.

A Shepherd's Call
God calls Amos, a shepherd and a fig tree farmer, to prophesy in Israel against the people's sins, especially their cheating and oppression of the poor.
Consequences for the Nations
Through sermons, poems, and visions, Amos prophesies judgment against the nations surrounding Israel, and the consequences are clearly laid out.
Power and Responsibility
Because of the covenant God made with the people of Israel, they are held to higher standards as God's representatives on earth. Israel should lead by example.
No One Like the Lord
Amos pleads with the people of Israel to turn from Canaan idols and worship the one true God, who delivered them out of Egypt's bonds.
All Nations Under God
In the midst of grim judgment, a hopeful promise rings out. God will confront evil and create a restored family in a new world. 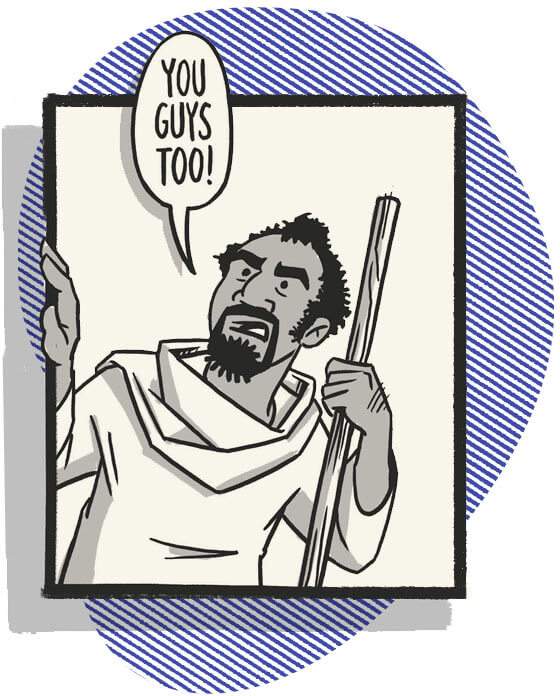 Obadiah
The Book of Obadiah may be small, but it packs a powerful punch against the arrogance of Edom and other ungodly nations. It applies to both our past and future.

Whitney Woollard Reading the Book of the Twelve, commonly referred to as the “Minor Prophets,” can be really disorienting. These books are full of poetic language, metaphors, and imagery unfamiliar to modern ears. Also, they speak a lot about God’s judgment, which can feel like a total downe... Keep Reading
Downloads
Related Downloads
Posters Amos Overview Poster
Books
Recommended Reading
Popular
Joel and Amos (Tyndale Old Testament Commentaries)
David Allan Hubbard
Academic
The Book of Amos: A Commentary (The Old Testament Library)
Jorg Jeremias
As an Amazon Associate, if you use the link above, we receive a small percentage from qualifying purchases.
How can I help you?
Hi I’m Support Bot! You can ask me questions like:
Where should I start?
How can I track my video progress?
Do you offer subtitles for your videos?
Support Bot Said,
For advanced bible reading tools:
Login  or  Join