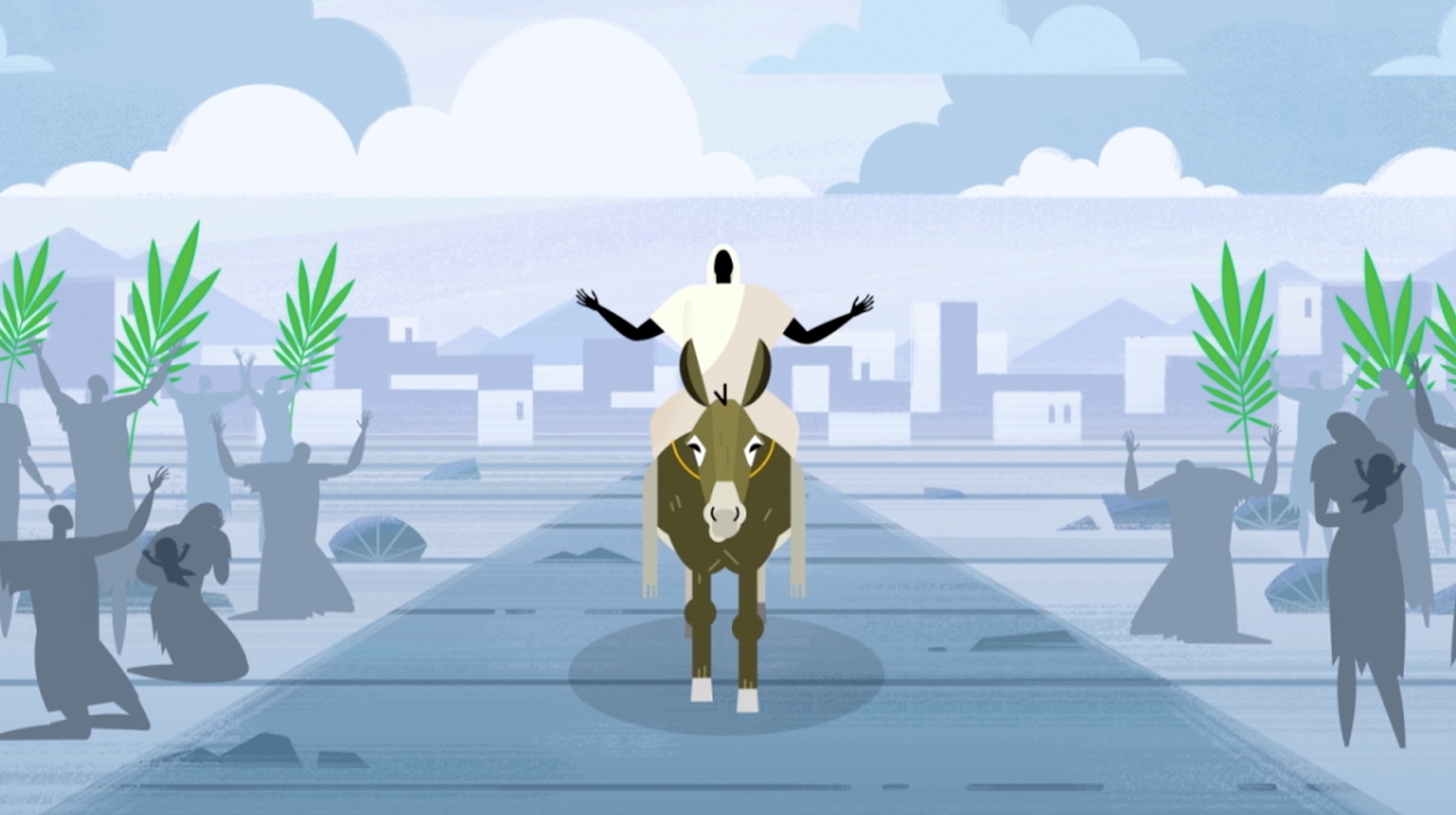 Ruling the World through Weakness in Psalm 8

What Do Babbling Babies Have to Do with Strongholds?

Why would the creator of the universe choose to rule the world through the babbling cries of needy humans? Psalm 8 describes Yahweh as the King of creation who made dependent humans his royal partners. This is unexpected and wonderful news to those who understand their need for God. But it’s offensive to those who want to rule their lives apart from Yahweh. Throughout the Bible, we see people violently oppose God's strategy for ruling the universe. And this opposition creates a lot of chaos. So Yahweh establishes a stronghold of protection wherever one of his children humbly recognizes their need and calls out to him. Let’s take a closer look at Psalm 8 to understand more about how God chooses to rule his world.

What Does Psalm 8 Mean and Why Does It Matter?

Jesus' ministry helps us answer this question. We see the message of Psalm 8 in Matthew’s Gospel account. In chapter 21, Matthew wrote that some religious leaders took offense when they heard children calling out to Jesus as the “Son of David.” When they questioned Jesus, he defended the children by quoting from Psalm 8:2.

So what's so important about these children? What role do they play in Jesus' mission, and how should this impact our lives? To discover this, let’s start by looking at the context of his reference to this passage.

Jesus rode into the city of Jerusalem on a humble donkey to be crowned as king. His coronation would ultimately come with a crown of thorns, mockery, and death, but the crowd didn’t yet know that. They cheered him on and looked to him as the promised king who would save them from Roman oppression.

After this, Jesus entered the temple. This is the place where Heaven and Earth overlapped, where God met with humanity, and where priests were called to rule and reign with God by representing him to the people and the people to him. But when King Jesus arrived, the temple was in shambles. The religious leaders had turned the sacrificial system into an opportunity to profit. The priests ruled in the temple behind cash registers, and the poor were charged money in order to meet with God. The temple was meant to be a sacred home, a house of prayer, but instead it looked more like a thieves’ hideaway.

This angered Jesus, so he drove the corrupt business dealers out the door and threw out the cashiers’ desks. And with his house reclaimed, Jesus welcomed the poor to freely meet with God. The blind and lame entered, and Jesus healed them. And the children came in shouting, “Hosanna, to the Son of David!”

Jesus removed the obstacles in the temple in order to prepare a place of protection for those dependent on God. This is how the King was meant to rule in his royal temple. But when the chief priests saw it, they were resentful and questioned Jesus. “Do you hear what these children are saying?” they asked him. “Yes,” Jesus replied, “have you never read, ‘from the mouth of infants and nursing babies you have prepared praise for yourself’?” (Matthew 21:16, Psalm 8:2).

The question was rhetorical. Of course, these teachers of the law had read the entirety of Psalm 8. They probably even had it memorized. So they not only knew what was said, they also likely remembered the very next line, which states that the infant's message would “stop the enemy and the avenger” (Psalm 8:2). You can imagine how this would have stung, since it implied that the religious leaders were the enemy of God’s work. With this reference, Jesus is also showing that he is the King of Creation, who is worthy of this praise. He is declaring that the opponents of his mission to rule the earth will not get the last word. God is at work, using the praises and dependent cries of the vulnerable to stop the enemy.

Hopefully you are beginning to see how Psalm 8’s message is echoed in all these events. But what does it mean? Well, to answer that, it will help to understand why Jesus quoted Psalm 8 differently than it appears in the Hebrew Bible.

Why Does Jesus Say “Prepared Praise” When the Hebrew Bible Says “Established a Stronghold”?

Jesus quoted Psalm 8 from the Greek translation of the Hebrew Bible, also known as the Septuagint.

From the mouths of infants and nursing babes, you established a stronghold because of your adversaries, to stop the enemy and the avenger.

But the Septuagint says:

From the mouths of infants and nursing babies, you have prepared praise for yourself.

A paraphrase translation (like the Septuagint) aims to interpret the meaning of a passage based on a knowledge of the original language. So when Jesus quoted from it to explain God’s plan at work in the temple that day, he was honoring the accuracy of its interpretation. So let’s explore how “prepared praise” is a good interpretation for “a stronghold” that can “stop the enemy and avenger.”

What Does Praise Have to Do with Strongholds?

First, let’s define praise as the act of acknowledging who God is as the King of the universe and responding to him with trust and dependence. Since he is the magnificent Creator, we can see our need for him as small, created beings. Every breath we have is a gift from him, and those who praise God use their breath to say so. The psalmist teaches that praise is what infants do (according to the Septuagint rendering of Psalm 8:2). And this makes sense because who understands their need for provision better than an infant?

Now, if praise is defined as the act of acknowledging God as the King and expressing one’s dependence on him accordingly, who are the "infants" in Matthew’s Gospel account? Matthew tells us how the outcasts of society often understood their need for God and cried out to Jesus as the “Son of David” (a title Israel used to describe the Messiah, the prophesied Davidic King who would rule Israel forever).

When Jesus arrived on the scene, hanging out with the no-names of society, very few powerful people recognized him as the promised Davidic King. But the outcast, the poor, and the afflicted saw it clearly. When they heard he was near, they shouted, “Son of David, have mercy on me!” (Matthew 20:29-34). Others joined in, crying out for help, “Hosanna!” This word in Hebrew means “please rescue us.” These people made themselves like infants by recognizing their need and crying out to the only one who could truly meet that need, King Jesus.

Now that we have defined praise and explained how the humble do it best, what does that have to do with a stronghold? Well, let’s think about it. A stronghold is defined as a place to defend and protect people from an enemy. And isn’t that what Jesus provided for those who cried out to him?

When opposers tried to silence the outcast’s cries for mercy and blessing, Jesus came to the defense of the weak. We even see Jesus establishing a physical place of refuge when he quoted Psalm 8:2. When Jesus moved out the instruments of corruption and oppression in the temple, he prepared a place where the poor and vulnerable could freely come to receive from him (Matthew 21:14). The blind were healed and the children had room to praise him. And in this praise, Jesus himself became their place of refuge, as he responded to their pleas for help and subverted those who attempted to quiet their cries (Matthew 19:13-15). This is still who Jesus is today. All those who cry out to him receive the provision of his Kingdom (Matthew 18:3-6).

Why Do We Need the Protection of God’s Stronghold, and How Do We Receive It?

From the mouths of infants and nursing babes, you established a stronghold, because of your adversaries to stop the enemy and the avenger.

As humans, we have enemies that we can see and enemies that we cannot see. And we are in need of protection from their hostile tactics. In Matthew 21, one of the enemies of the vulnerable was the greed of the power-hungry religious leaders. They set themselves against Jesus and all his followers. The Bible also talks abouts dark, unseen spiritual beings who rage against God and his people.

The apostle Peter described Satan as an adversary who prowls around like a lion hunting for his next meal (1 Peter 5:8). In the context of that passage, Peter explained that the way to overcome the adversary is to humbly cast all our worries on God, trusting that he cares for us. This is amazing! The Satan is the biggest, baddest enemy humans face, yet we can defeat his efforts to trip us up simply by crying out to God in our time of need. When we bring our weaknesses, needs, fears, and disappointments to God in prayer—believing that God cares about the small and insignificant details of our lives—our enemy can’t stand it. He flees from those who go to God for help.

No one models this act of humility better than Jesus. He is the creator of the universe who became a small, weak, and dependent baby. He carried out his mission with the outcasts of society, was vilified by powerful religious and governing authorities, and entrusted himself to God as he died with a crown of thorns on his head. Though his death looked like the enemy had won, it was only temporary. Death did not stop him. In fact, it was precisely through this act of powerlessness that he defeated the enemy for good. Jesus rose again and ascended to his heavenly throne, where all the hostile forces of darkness were put under his feet, just as Psalm 8:6 describes.

Jesus became the firstborn of a new humanity of royal babies, who continue to overcome the enemy with their humble cries to God. Because of what Jesus accomplished, we can partner with Jesus’ Kingdom mission and overcome the enemy as we admit our weaknesses and rely on God to help us in all areas of our lives. As vulnerable as it feels to be honest about our state of dependence, it is a powerful act that defeats the adversary. So let’s be encouraged as we boldly cry out to God with all our needs and depend on King Jesus.

Previous
Were Adam and Eve Priests in Eden?
Back to All Blog Posts
Next
Can We Trust God in Difficult Times?
For advanced bible reading tools:
Login  or  Join
Which language would you like?